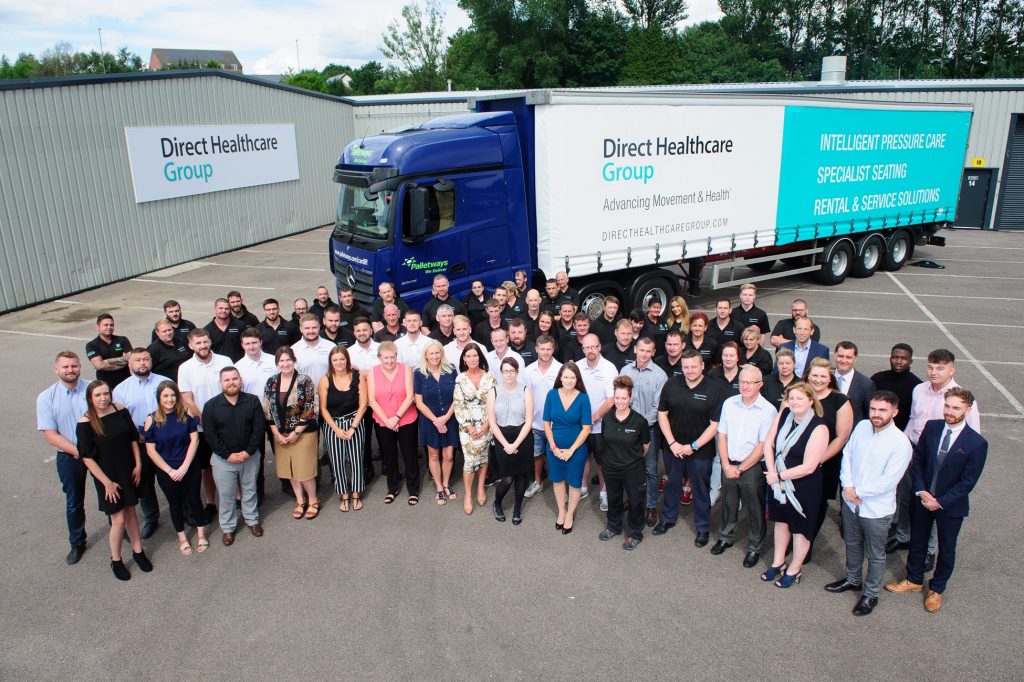 The deal sees NorthEdge secure a 3x return on its initial investment, with an IRR of 39 per cent. NorthEdge led a management buyout of Direct Healthcare Services in April 2016, renamed it Direct Healthcare Group and broadened the firm’s product range through a series of bolt-on acquisitions.

DHG is a fully integrated developer and manufacturer of a range of innovative pressure care products designed to prevent medical issues such as pressure sores, which can lead to serious, sometimes life threatening diseases. Founded in 2009, the business works with care providers in over 20 countries throughout Europe and internationally. As a recognised world leader in the development of pressure care technologies, DHG is a winner of the prestigious Queen’s Award for Enterprise in Innovation.

Under NorthEdge’s ownership, revenue at the business has more than doubled, with EBITDA more than tripling over the same period. Headcount has also increased from 52 to 185 across its sites in the UK, including the head office in Caerphilly, South Wales. Bolt-on acquisitions in companies including Nightingale, Kirton and Qbitus significantly expanded the firm’s product and service portfolio during NorthEdge’s ownership.

ArchiMed is a leading European investor in medical industries and care services with a portfolio covering European and North American companies. Over the last 20 years, ArchiMed’s leadership team has invested in over 40 small, medium and large-size healthcare companies with a combined value of more than €5bn.

Under ArchiMed’s ownership, DHG will continue to target strategic acquisitions, with a particular focus on expanding its European presence. As requested by the company’s Management team, ArchiMed has committed a significant amount to fund future acquisitions. ArchiMed’s total funding commitment for acquisitions represents more than twice DHG’s upfront value.

Andrew Skinner, investment director at NorthEdge, said: “In the three and a half years since our investment, DHG’s buy-and-build strategy has turned the business into a multi-specialist organisation, innovating the way that patients are cared for across the UK. Graham and the team have done an exceptional job to strategically integrate each of these bolt-ons and maximise their value to drive growth in the business.

“With significant growth prospects in the European healthcare market, finding a buyer with close ties on the continent represents an enormous opportunity for DHG. ArchiMed’s specialisation in healthcare, as well as its wide-ranging international footprint, means it is the ideal partner to support the business in the next stage of its development.”

Graham Ewart, CEO at Direct Healthcare Group, said: “NorthEdge has been the catalyst behind the rapid growth of DHG over the past three years, providing both the funding to facilitate expansion and acquisitions, as well as ‘on-the-ground’ knowledge to add significant value.

“Having established ourselves as a market leader in the UK, Europe now represents an enormous opportunity to expand our horizons. ArchiMed will provide a gateway to this market. We look forward to replicating our recent success and developing a strong partnership with the team in the coming months.”

Antoine Faguer, Partner at ArchiMed, said: “We’re partnering with an exceptional management team with a proven track record when it comes to clever product innovation and driving successful mergers and acquisitions. Our common focus with management for the next phase of development will be on internationalising DHG’s footprint and expanding its product range, especially through further acquisitions.”